The answer is, manipulate two image adjustments. That simple? Yes. You can make a stencil effect in Photoshop by adjusting the levels of Threshold and Posterize.

I’ve been working as a graphic designer for almost ten years. I have to say that this is my favorite method to turn an image into a graphic style design because I can simply move the sliders and get different effects.

Not being lazy, just want to share with you the good stuff. In this tutorial, I’ll show you this quick and simple way to turn a photo into a stencil in Photoshop.

Note: the screenshots are taken from Adobe Photoshop CC 2021 Mac version. Windows and other versions can look different.

Step 1: Open the photo in Photoshop.

Step 2: Duplicate the background layer. Select the Background and hit Command + J on the keyboard.

When you move the slider to the left, the image has fewer details. For example, it would look something like this if you set the Levels to 3.

Vice versa, the image will look more like the original photo when you increase the levels by moving the slider to the right.

Depending on what you need, adjust the level accordingly, usually, around 10 is a pretty good point. I’ll just set mine to 10.

Step 4: Go back to the top menu and select Image > Adjustments > Threshold. When you move the slider left, the image shows more details of the white areas.

Depending on the effect you are trying to create, adjust accordingly. I’ll set mine to 100.

Step 5: Clean it up! Create a new layer on top of Layer 1. Select the Brush Tool, set the foreground color black, and set the brush Hardness to 100%.

Paint on the background to remove unwanted white areas.

It really only takes five quick steps to make a stencil from an image in Photoshop and you can adjust the levels to get different effects.

I have found that the key to turning a photo into a stencil is the suitability of the original image. If the original image has high contrast, sometimes it’s hard to get a perfect point, too dark or too light, but with practice, you’ll get there.

June is an experienced graphic designer specializing in brand design. Photoshop is the essential tool that she uses every day along with other Adobe programs for her creative work.

How to Paint in Photoshop 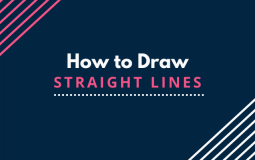 How to Draw a Straight Line in Photoshop 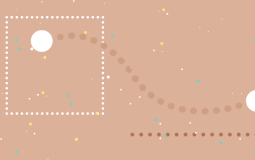 How to Draw a Dotted/Dashed Line in Photoshop 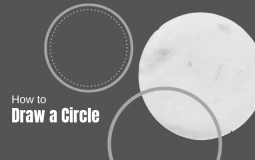 How to Draw a Circle in Photoshop 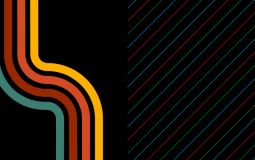 How to Draw a Line in Photoshop

How to Draw Curved Lines in Photoshop 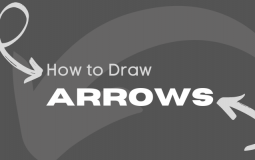 How to Draw Arrows in Photoshop (3 Methods)

How to Make a Photo Look Like a Drawing in Photoshop